calling us to courage over complicity 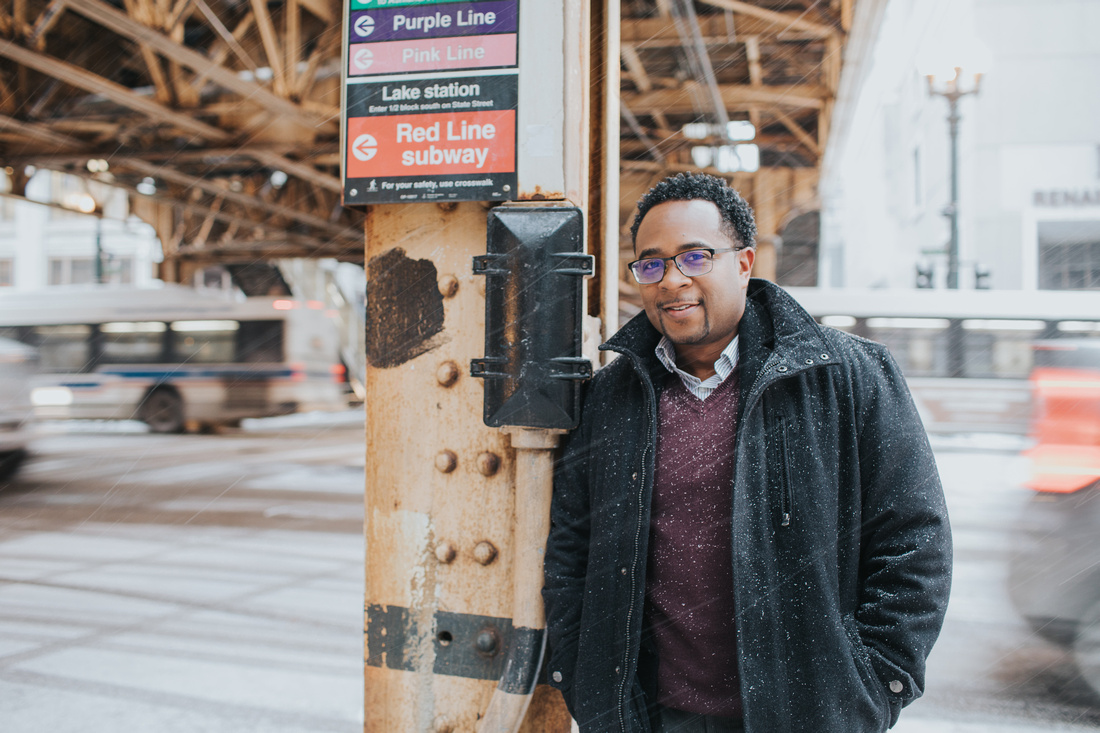 "The most egregious acts of racism occur within a context of compromise." -Jemar Tisby

Jemar Tibsy just dropped his first book The Color of Compromise and stopped in Chicago for a book launch party & live Pass the Mic recording. He opened his remarks by reading the introduction of his book and stating the reason he wrote this book was because he "hates racism and loves the church." It is from that love that he calls us to take a hard look; for some of us for the first time, at the ways the American church was & is complicit in the racism in our country over the last 400 years. We are all made in God's image and any denial of that leads to death and destruction for both the oppressed and the oppressor. Jemar Tisby's work calls us to lament, healing, and action (keep reading for more on this....) 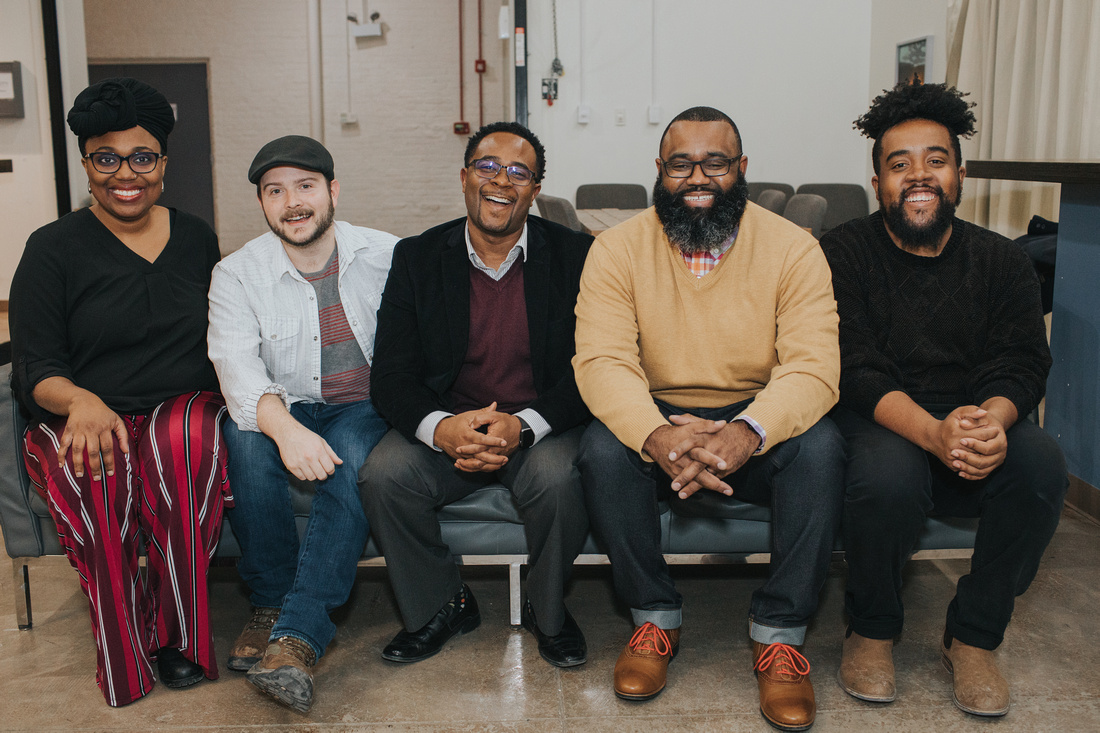 It is hard for me to even begin to express my gratitude for all I have learned from the courageous truth telling of The Witness over the last few years & specifically through Jemar Tisby & Tyler Burns on Pass the Mic. They have helped me; at least in part, dismantle my destructive white savior mentality, my own silence and complicity in racism in its many forms, and helped me understand institutionalized racism in ways that I was blind to because of my privilege and experience.  I truly want to learn to be an ally and that requires a lot of work in the quiet of my soul AND a lot of processing in community AND action allowing those most wronged by racism to lead us to dismantle racist ideologies and systems.  The Witness often reminds us that often in our haste to arrive at reconciliation we often don't take a hard look at the truth of history.  "There can be no reconciliation without repentance and no repentance without confession and there can be no confession without truth"  so Jemar Tisby calls us to more.  You can not heal from that which is not acknowledged and reckoned with. He calls us not to just grieve but to be "grieved into repentance." 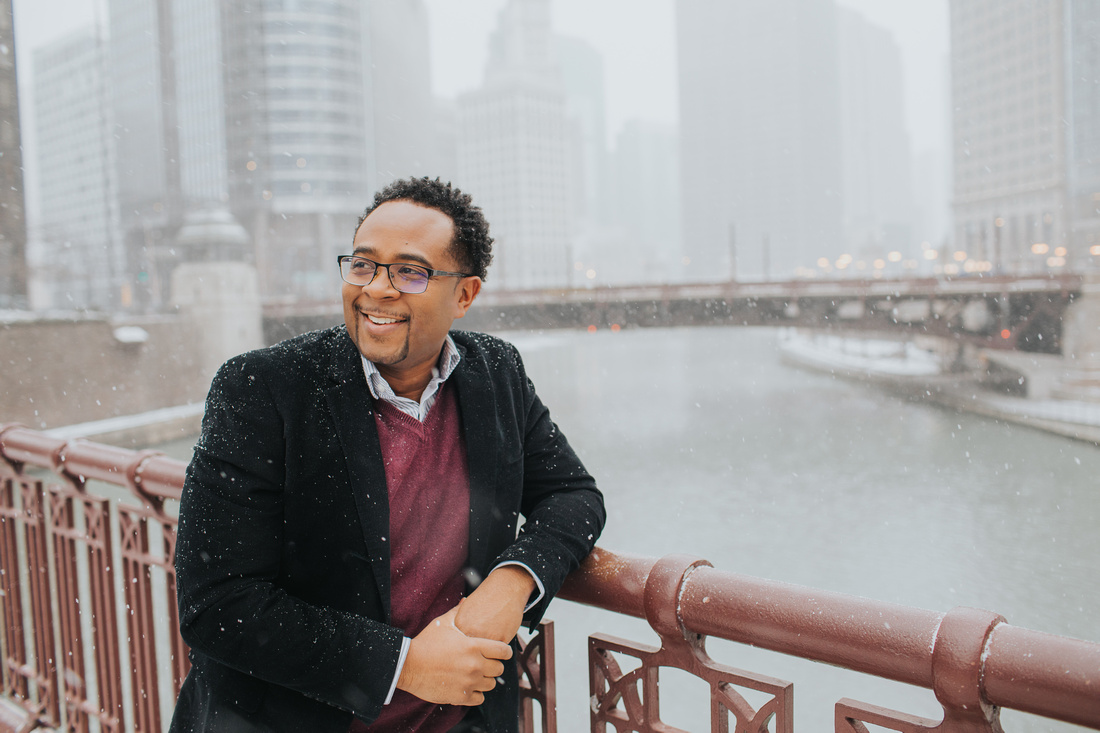 Jemar Tisby even allowed me to convince him to brave the Chicago in January weather for a few creative portraits before the book launch event. He was also so gracious to allow me to ask him ALL the questions. His humility and willingness to see me as a sister in Christ was a true gift and encouragement to me. 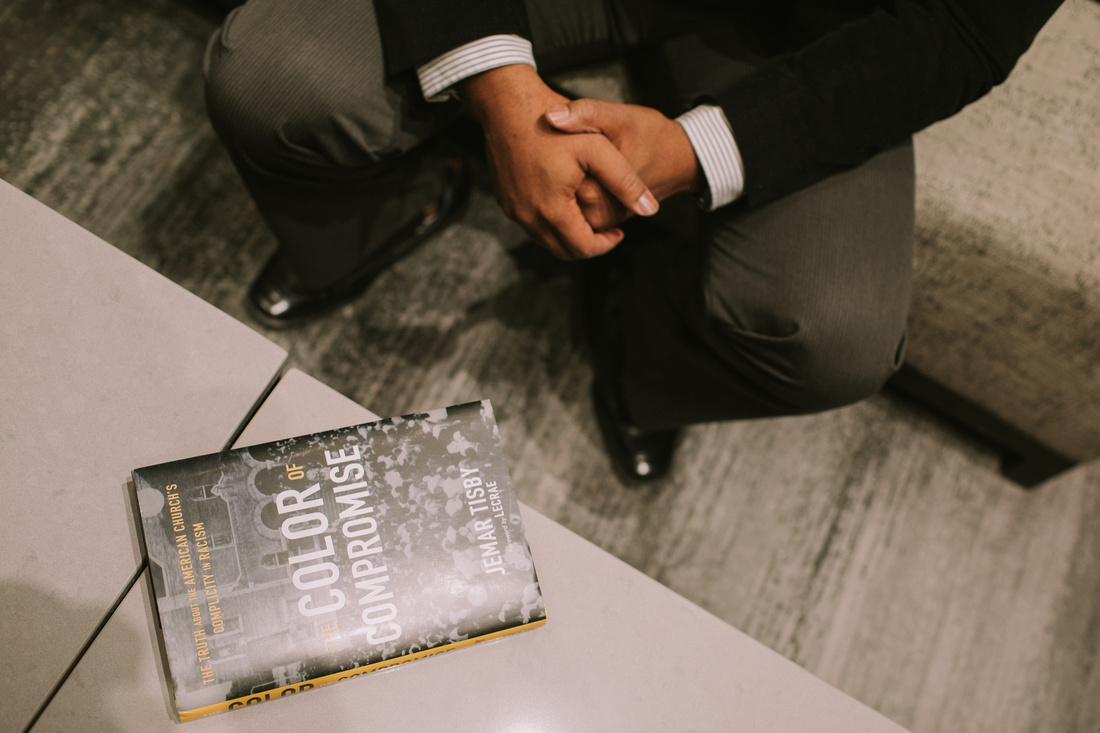 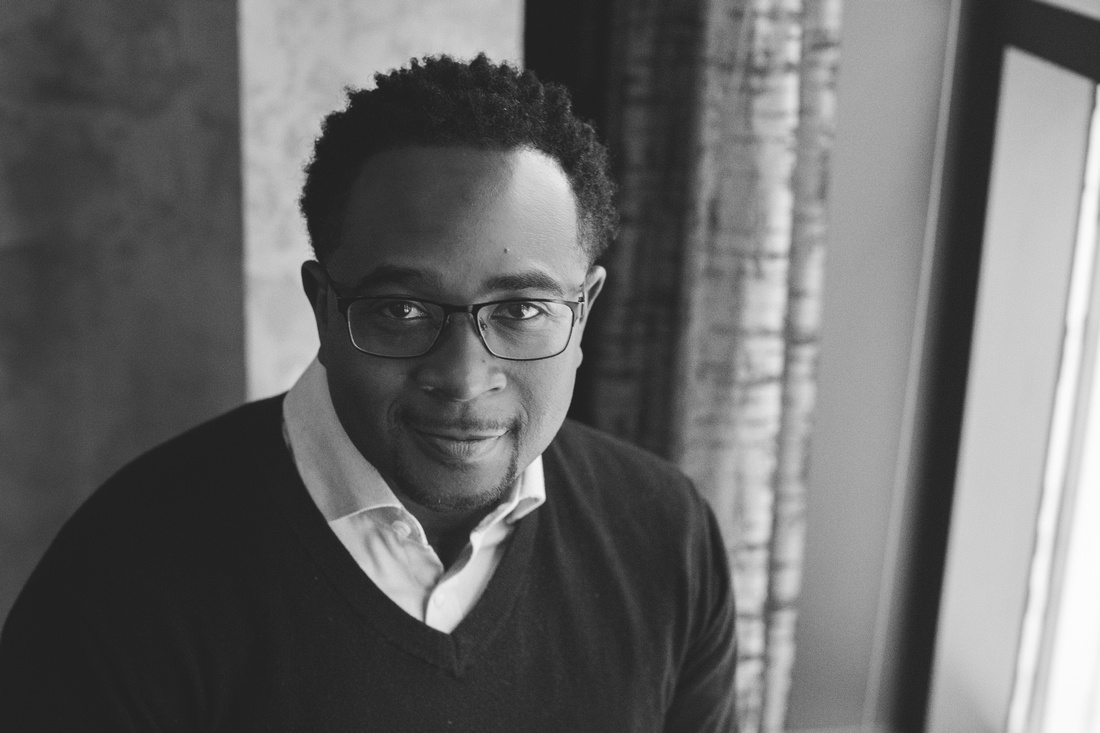 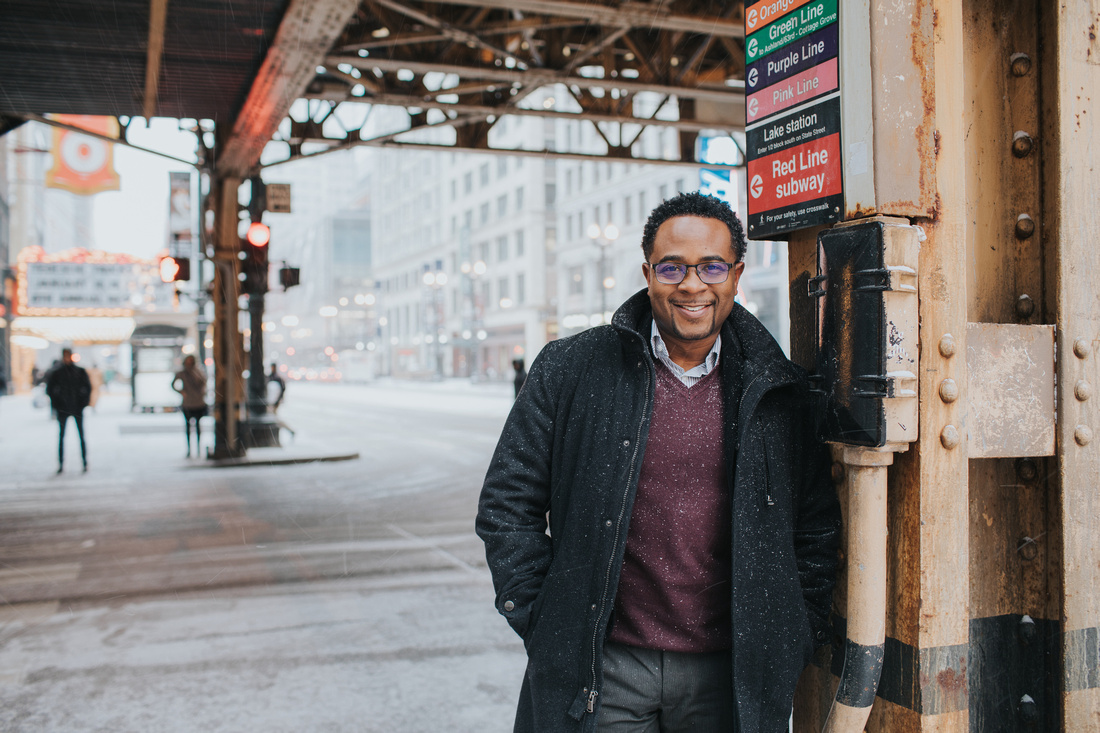 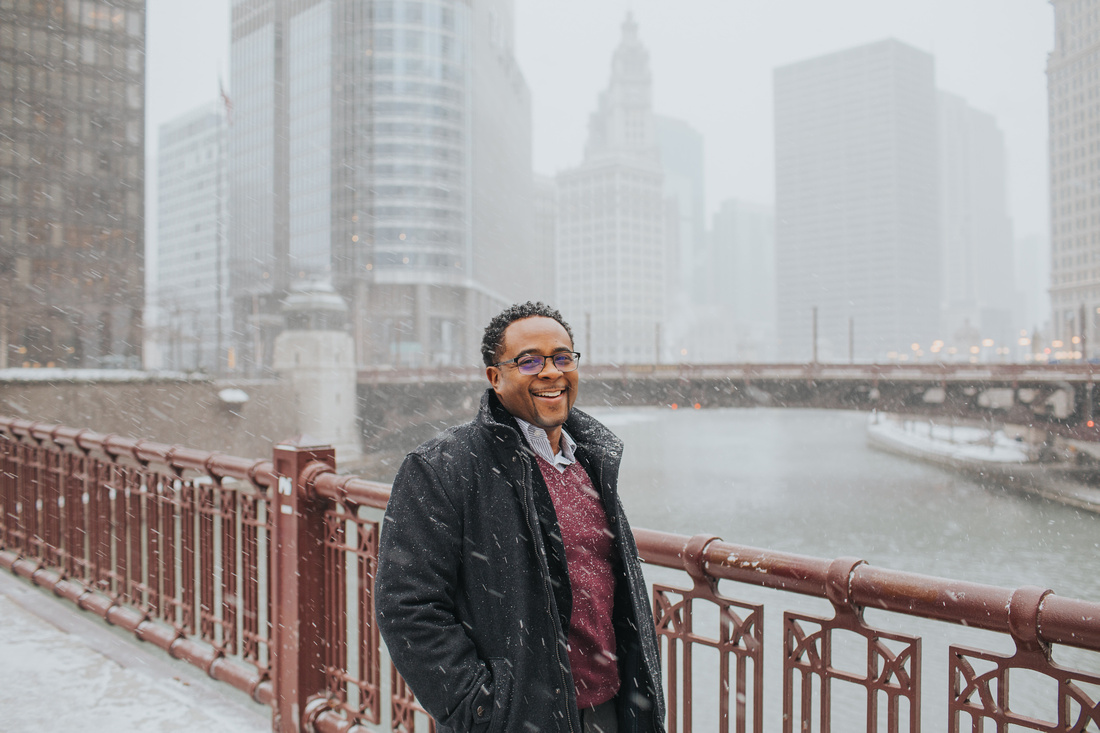 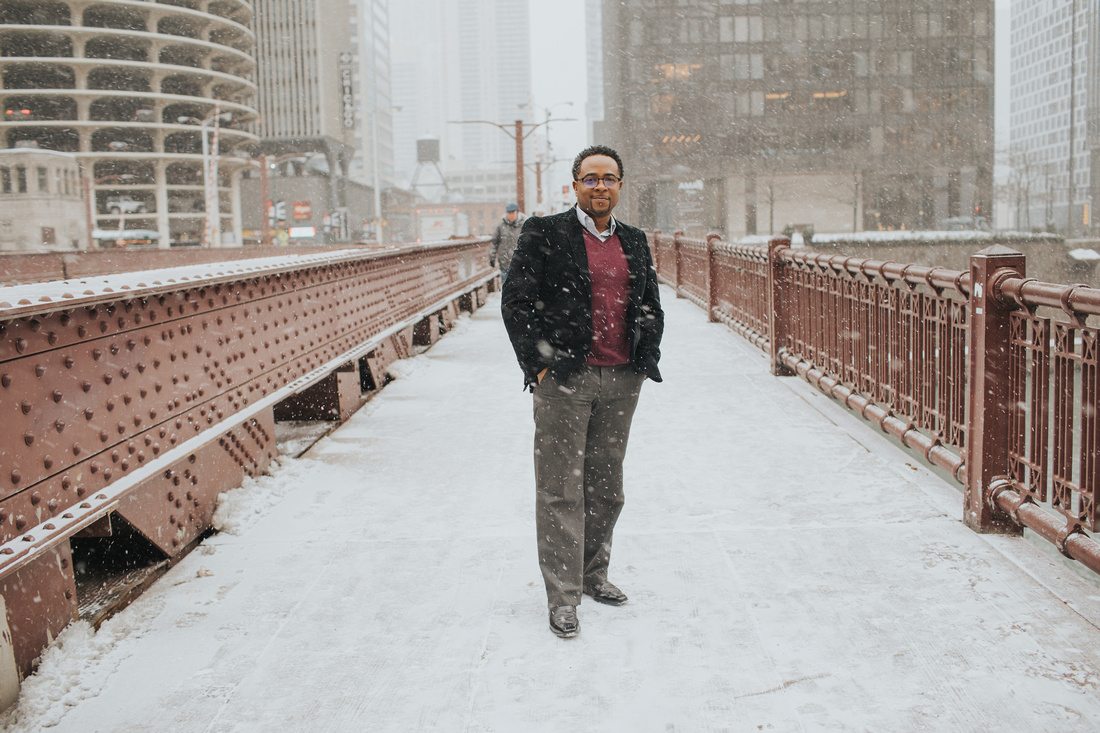 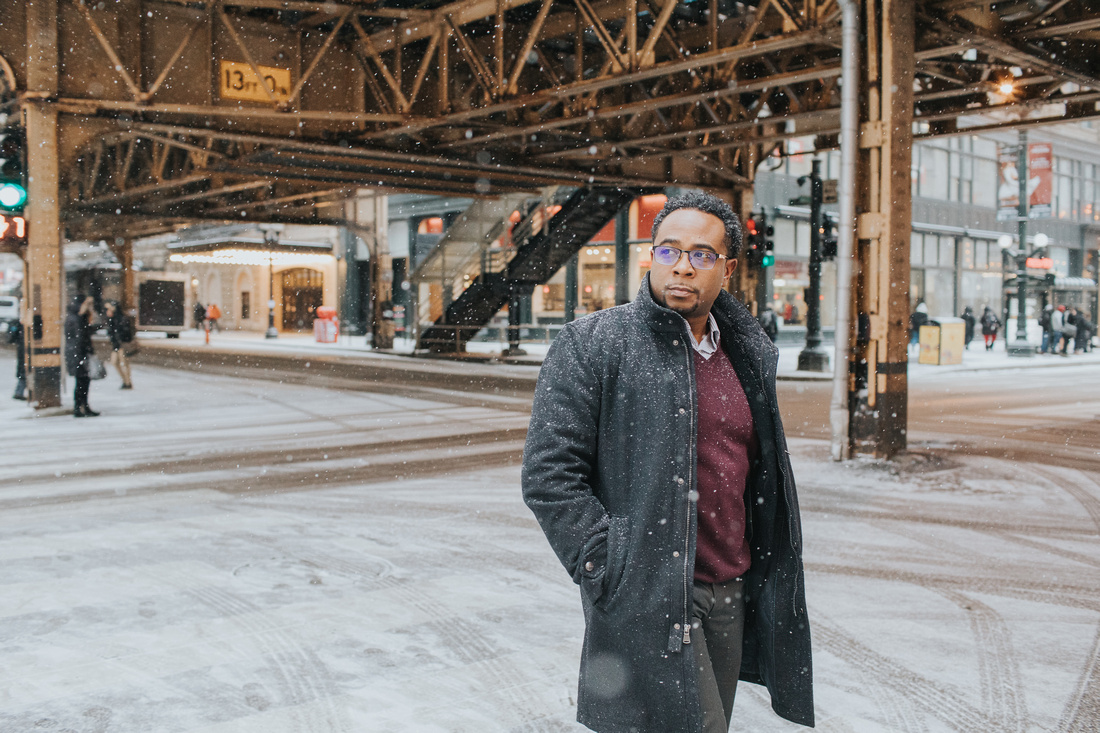 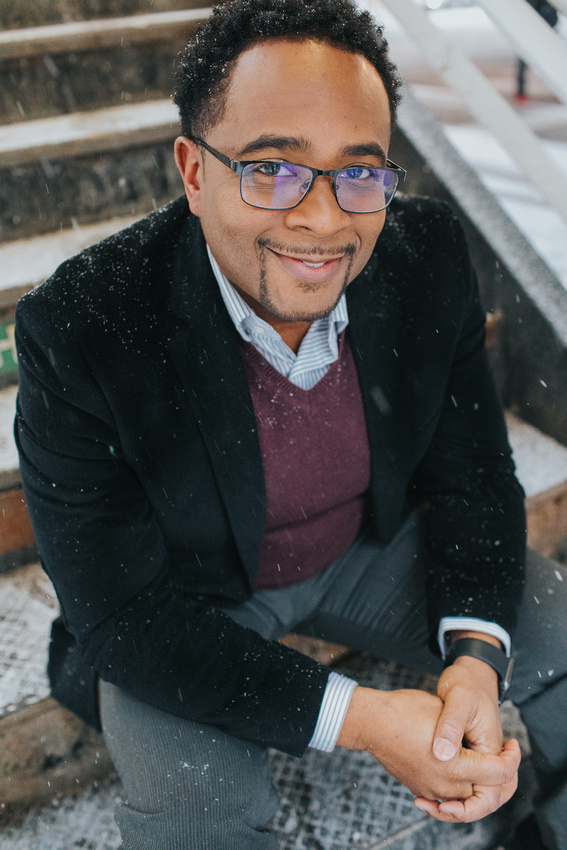 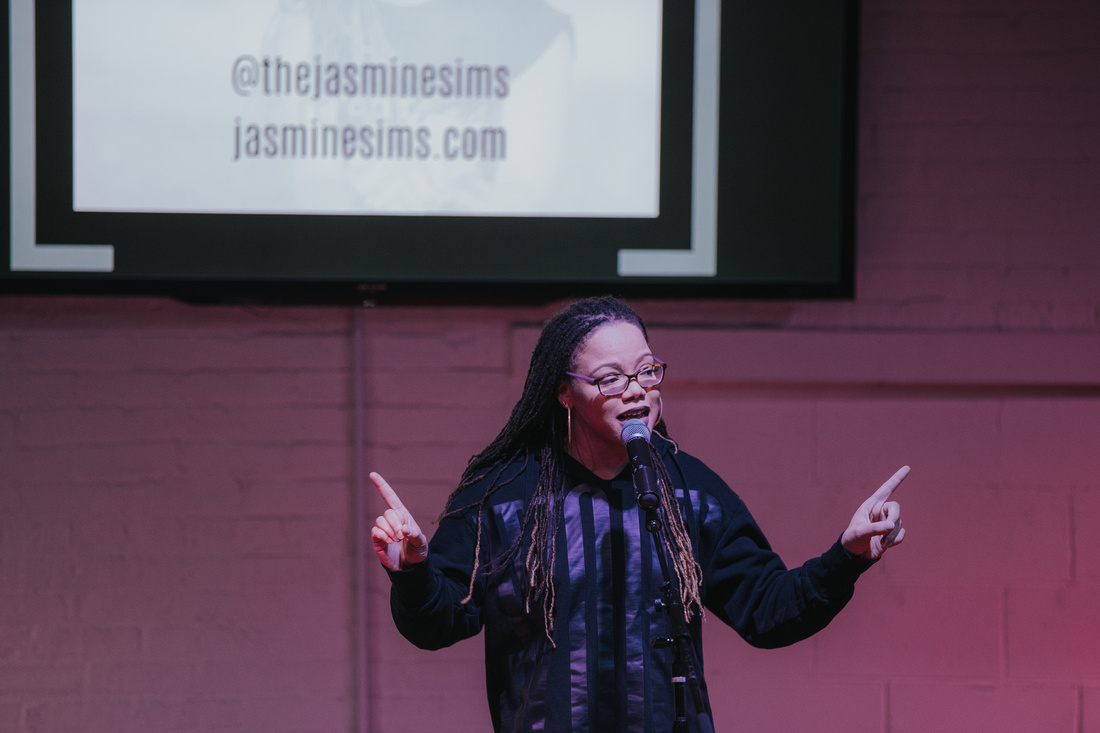 Jasmine Sims performed spoken word to open the night. Her original, vulnerable, and personal work was powerful and moving. 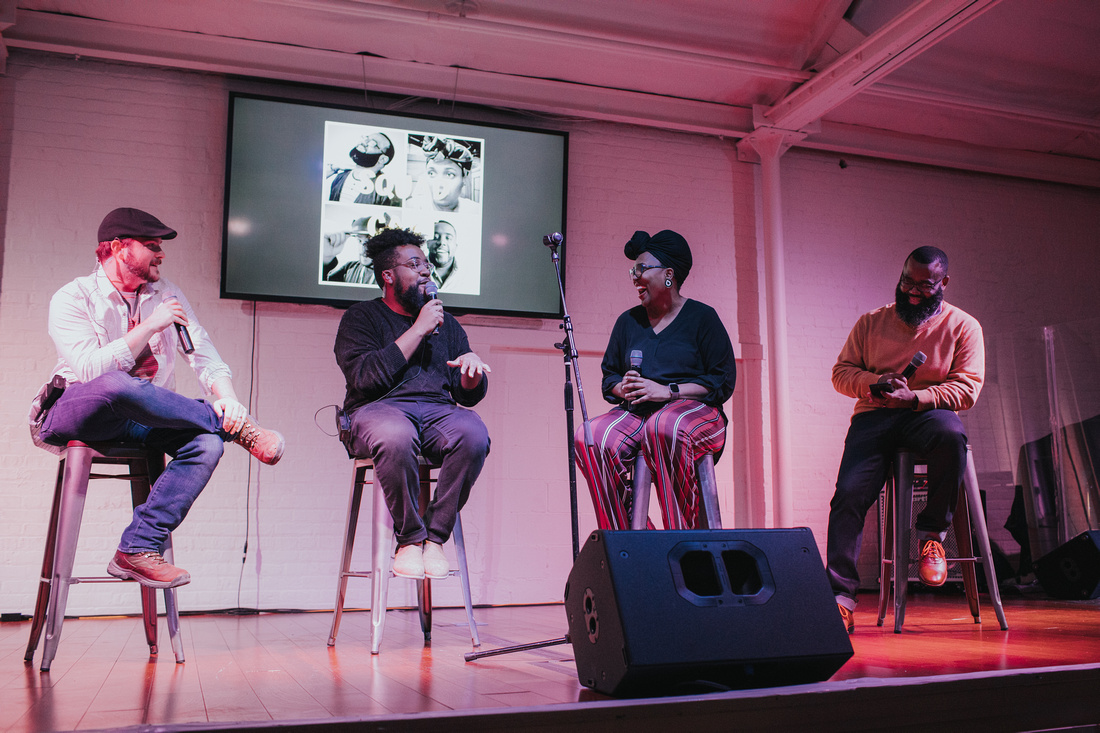 Before Tisby shared about the book and the live recording of Pass the Mic these contributors to the work of The Witness discussed some pop culture including the all consuming question: "should Black Panther win best picture?" There voices were encouraging, funny, and represented differing opinions (I'm team Black Panther FTW). On the panel were Beau York, Aadam Keeley, Ally Henny, & Pastor Earon James 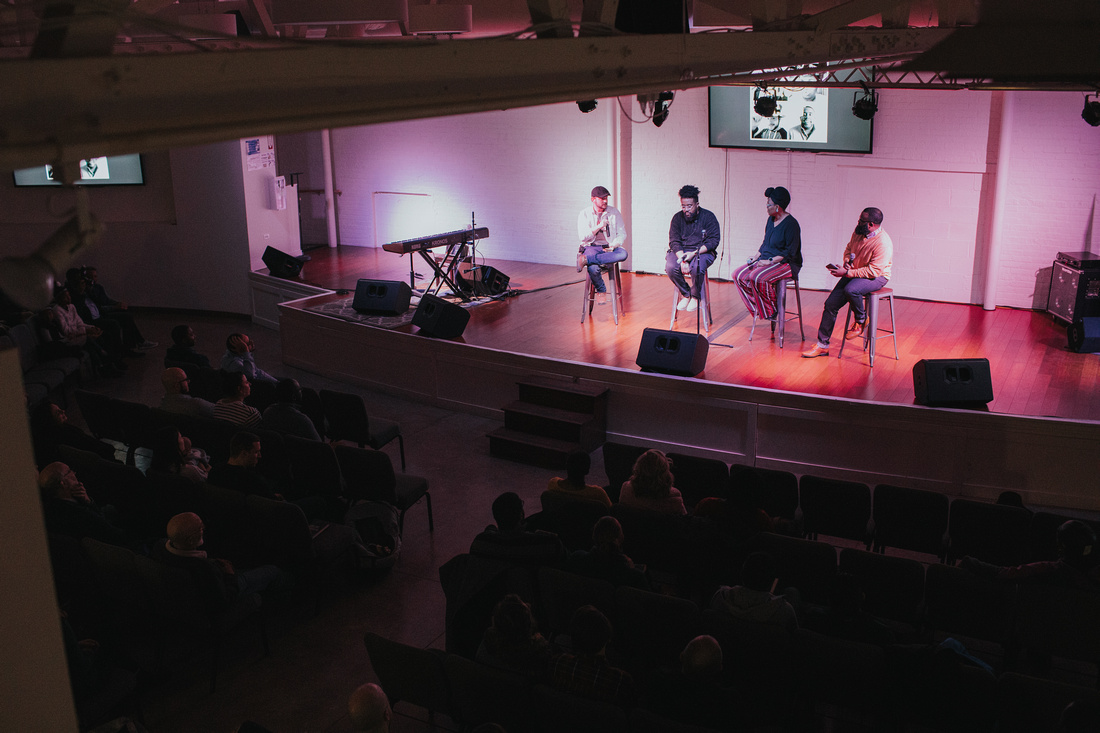 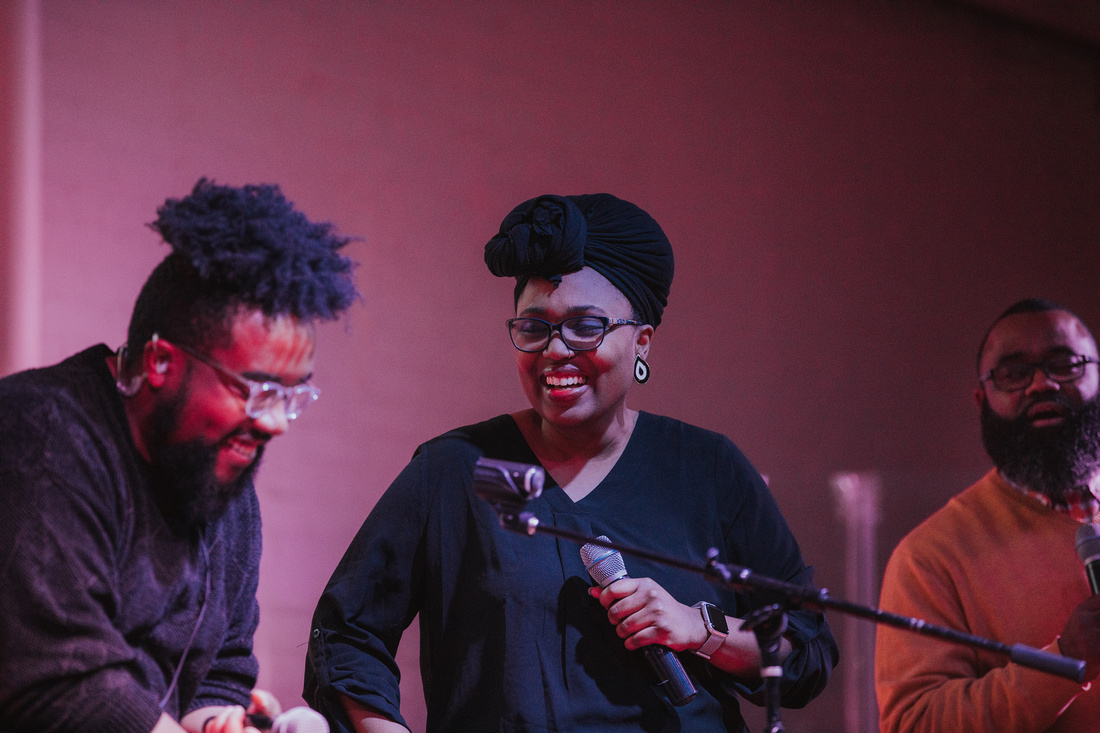 Ally Henny also called us to not be satisfied with less than true unity.  She shared about an initiative called #cancelcompromise and you can sign up via The Witness to join the 28 days of prayer during Black History Month and get updates about the next steps. She contributes to The Armchair Commentary where I recently read, "What I do know is that while our existence is better than that of our ancestors, we still have not experienced the fullness of freedom."  Or as Jemar Tisby states at the end of his book,  we need to "be reminded how far we've come and how far we have left to go." 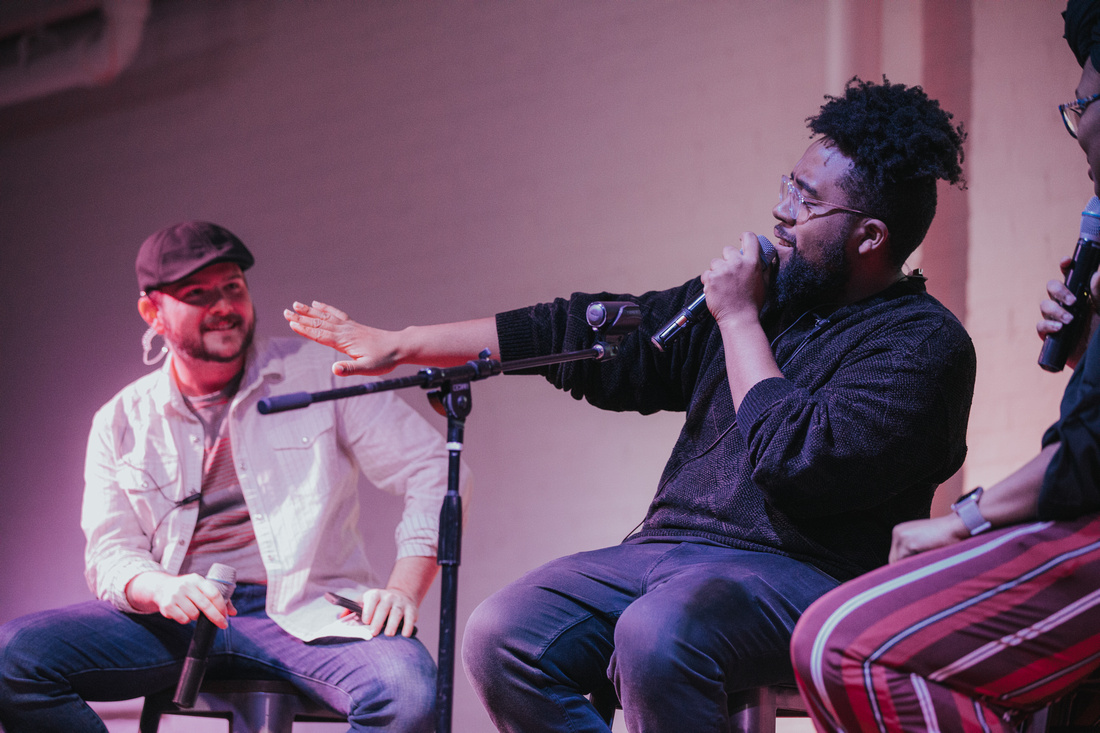 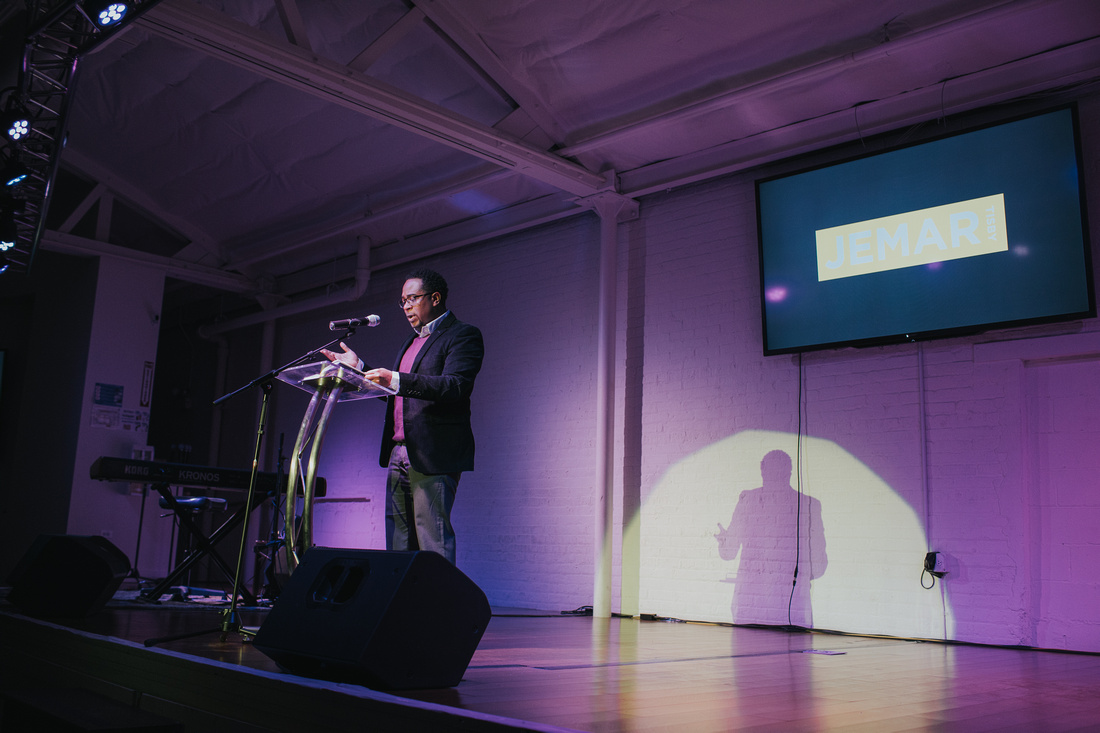 The night ended with prayer for Jemar Tisby & The Witness in this work;  that is many times not popular and can elicit more than just disagreement or push back, and prayer for our nation to heal and truly experience healing. 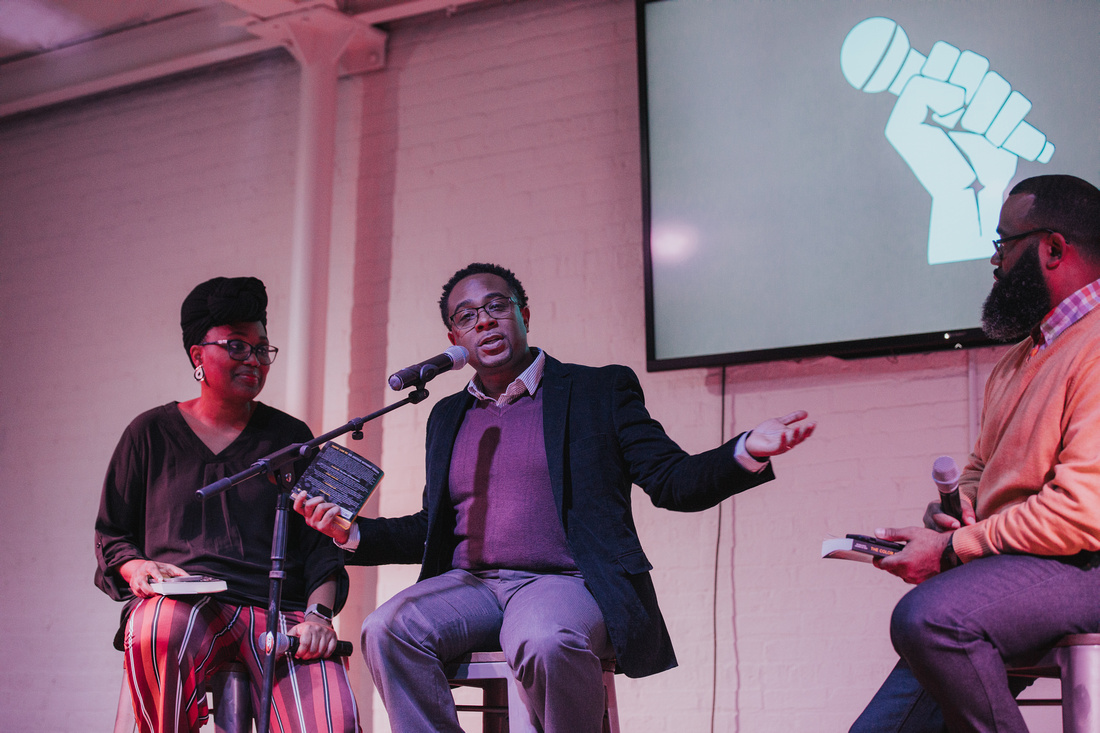 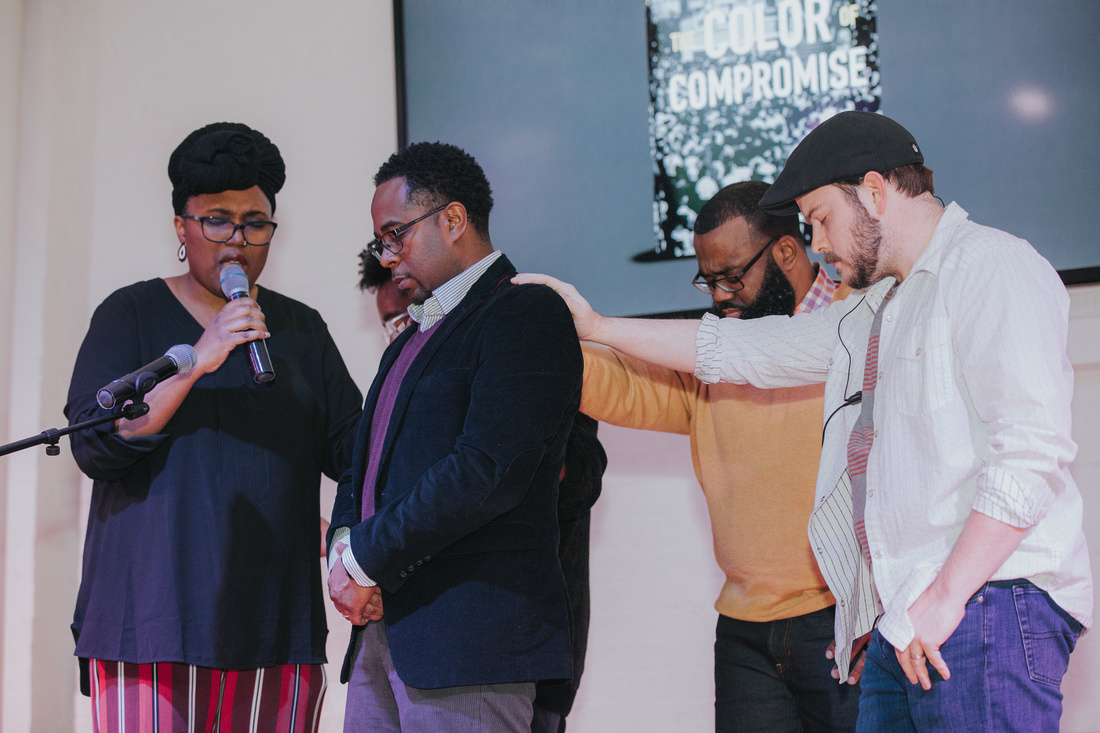 After the event there was time for a meet and greet and book signing. Folks from Chicago, the suburbs, and even Memphis were there to support this work and encourage dialogue about racial reconciliation in their spheres of influence and beyond. 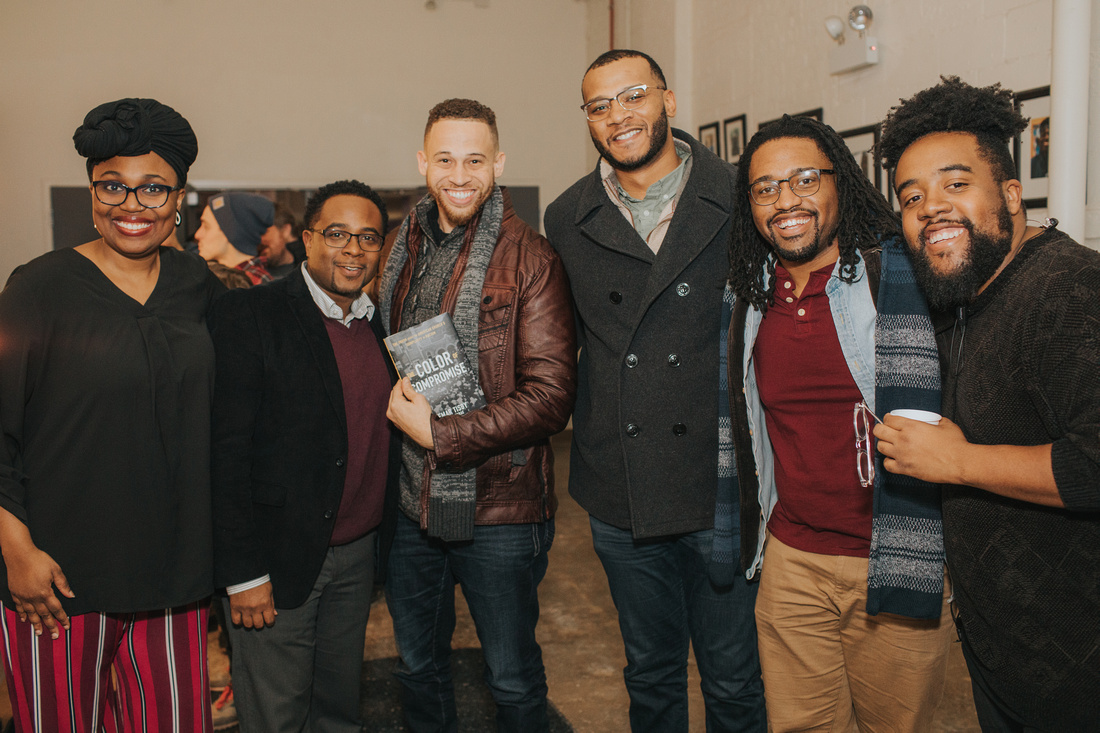 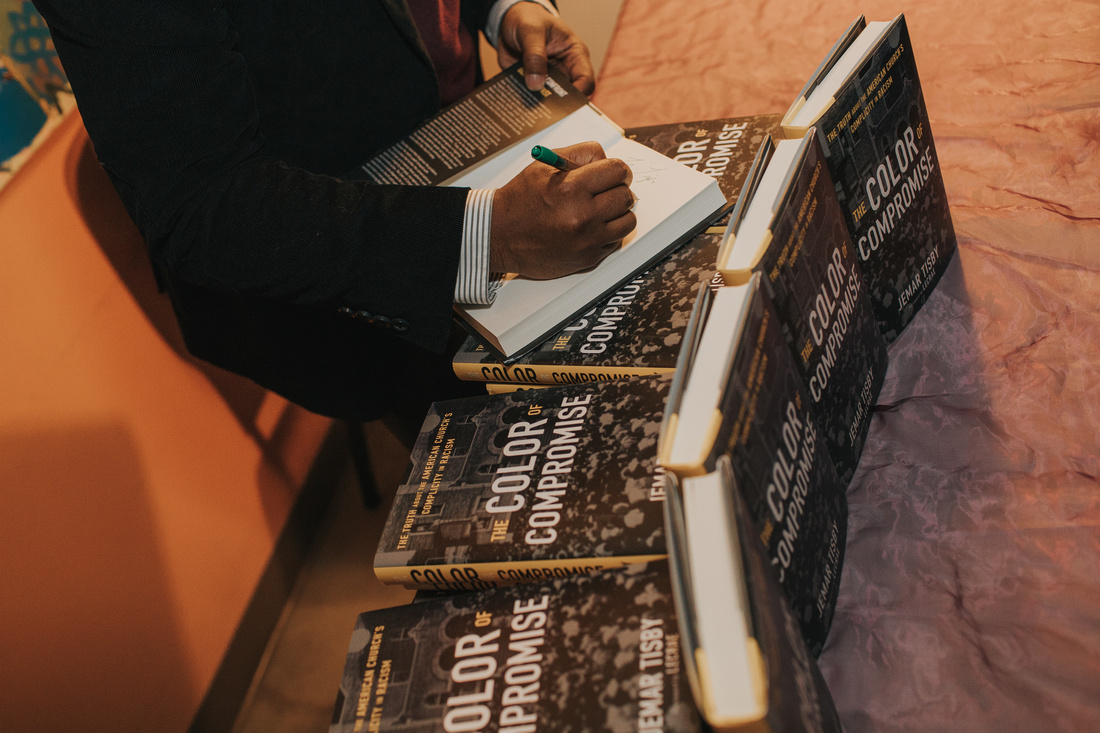 Tisby asks us to ask tough questions and when it comes to racial equity too often America has "overdosed on the "tranquilizing drug of gradualism" as Dr. King spoke of in August of 1963.  Racism does not go away it simply evolves and it is important for me to learn to listen and allow space for God to make all things right. I know many will be thinking, "ok, I know it is terrible but now what?" Many of us feel burdened by the atrocities of racism but lack the understanding of how to actually affect change.  White folks can simply feel "white guilt" and choose to look away because it is too hard to sit with the pain.  We can feel afraid of getting it wrong. I have been there and probably will be there again.  Approaching this work with humility and a willingness to learn and a knowledge that we will indeed be wrong is imperative to actually creating a diverse group of people working for change. In my own life Jemar Tisby inspires me to risk in this area, "Standing for racial justice involves risk. But effective advocacy is a skill just like any other, and skills can be learned. Ultimately, though, you cannot read your way, or watch your way into skillful advocacy. At some point you must act. Go forth not in fear but in faith that even your mistakes will increase your capacity to disrupt racism." I am trusting his words and "praying while moving me feet." May I; as someone who is no expert and still on this journey of learning and relearning, humbly suggest a few places to start that I have learned from others engaged in this work.

1. Educate yourself- *read more about our history, the history that was not taught to you in school. There are SO MANY great resources available to us now and lack of knowledge is no excuse anymore.  Tisby speaks truth about learning though, "The acquisition of knowledge should not result only in personal enlightenment but also the alleviation of oppression."  Start with The Color of Compromise & From Slavery to Freedom.

3. Join me & others who believe this narrative of denying the humanity of people made in the image of God can indeed be changed.  Listen first, Pray, Share, & Act with the boldness this problem deserves. Tisby calls us to "undertake courageous and urgent action to correct historic wrongs and their ongoing ramifications." After my trip to EJI's Legacy Museum & Memorial: From Slavery to Mass Incarceration  I have joined with a small group of folks seeking to research and learn more about our local history of racial terrorism. We are currently forming a team to bring the pillar from The National Memorial for Peace & Justice to Chicago through the Community Remembrance Project. If you are interested in joining these efforts please reach out. Find organizations affecting change in your area and go as a learner to support that work.

There are many ways to fight against the current narrative of racial difference and the injustice present in our country so by no means am I suggesting to have any answers but I want to be found faithful to what I feel called to do in this time & space. I believe the kingdom of God on earth means we affirm the image of God in each person and do not grow weary of the work needed for that to be a reality.  I want to affirm the leadership of many People of Color in leading me and others forward in this work and, while I am sure to make mistakes and need to learn more and more, I will not be idle.

Join me & many others? Share helpful links, comments, or resources in the comments.

No comments posted.
Loading...
Subscribe
RSS
Recent Posts
Capturing & Celebrating the Graduates of 2020! At home portraits right now "We are truly a commmunity" "We are not here to take. We are here to GIVE." Tunamshukuru Mungu. We thank God. Capturing your life at home right now: 5 Tips Virtual tour of A Wider Family Gallery at the Community House BeYOUtiful Empowerment Portraits "We are so proud of these beans because they survived the hurricane. They are strong" create, invent, tinker, explore, & discover with Makerspace
Keywords
photography Chicago World Relief NGO humanitarian refugees India photographer visual
Archive
January February March April May June July August September October November December
© Hawa Images This work is licensed under a Creative Commons Attribution-NonCommercial-ShareAlike 3.0 Unported Lic
User Agreement
Cancel
Continue